Yoga is very, very much more than just postures and breathing, although these are what most people think of as yoga. It has been described as a practical science, one which provides us with an extraordinarily versatile 'tool for living', which can help us achieve whatever we want. It enables us to gain control over our body, emotions, thoughts, behaviour and actions, brings greater awareness and self-confidence, teaches us how to maintain a healthy perspective on the ups and downs of life  and ultimately how to find true inner happiness.

The word yoga means union in Sanskrit and refers to the realisation of the unity or oneness behind the apparent separation of the individual from other beings and the rest of creation. Thus the practice of yoga, in it's various forms, is aimed at achieving the state of physical, mental, emotional balance where the sense of separateness and individual striving disappear, the mind is no longer driven by desire and fear, craving and aversion and we can know the unchanging, limitless, unresisting, non-judgmental awareness at the core of our being.

When the restlessness of the mind, intellect and self is stilled through the practice of Yoga, the yogi, by the grace of the Spirit within himself finds fulfillment. Then he knows the joy eternal, which is beyond the pale of the senses, which his reason cannot grasp.
~ From the Bagavadgita ~

HATHA YOGA - Mastery of the body and breath through rigorous physical discipline
RAJA YOGA - 'The royal path' is meditation
JNANA YOGA - Direct realisation of the true nature of being through self-enquiry, also known as advaita / non-duality
KARMA YOGA - Action as selfless service in the realisation that we are not separate beings
BHAKTI YOGA - Devotion, surrender to divine will

There are many more types of yoga, including nadi yoga, swara yoga, japa yoga, but in fact, yoga is anything that enables us to realise the truth of our being.

'Truth is one, paths are many.'
~Mahatma Gandhi~

HATHA YOGA is all physical forms of yoga, although the term is now often used to denote a classical style of yoga, which does not carry a trademarked name (see Styles of Yoga). It is what is currently most popular in the west and what most people think of as yoga. 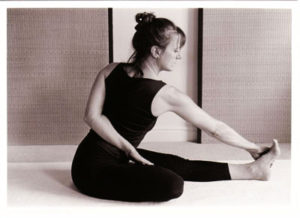 It consists of postures (asanas) and breathing exercises (pranayama), which relax, strengthen and energize the body and calm and focus the mind. The purpose is to promote free circulation of energy (prana) throughout the whole body-mind system and to create a state of both stability and ease. Traditionally it was to enable the yogi to achieve long periods of sitting in stillness in order to achieve deep states of meditation.

Personal growth and the path to self-knowledge are greatly enhanced when we understand that the body is not merely a bag of organs and bones, but a finely balanced system of energies. Freeing the physical structure enables the energy (which includes blood supply, lymph, nerve impulses) to flow and circulate freely. This keeps both the structure and the internal organ system functioning optimally, helps protect from injury and disease and maintains a youthful body and mind.

The obvious benefits, in all areas of life, of having a strong, flexible body and calm, steady mind are what have made hatha yoga so enormously popular in the West today. Yoga is also enjoyable and imparts an immediate and lasting feeling of well-being.

More details of the physiological effects of the yoga asanas

Yoga is best used as preventive medicine, but many of the practices also have great therapeutic value and this forms the basis of yoga therapy. It can help alleviate symptoms of a wide range of difficult physical conditions, including musculoskeletal problems, arthritis, degenerative diseases, internal organ dysfunction, mental/emotional problems such as depression, anxiety, panic attacks and painful issues from both past and present. Guidelines for home yoga practice.

RAJA YOGA  usually refers to the system of yoga that is described in the Yoga Sutras of Sage Patanjali more than 400 years BCE. He outlines in these terse aphorisms, a comprehensive, practical yoga system called Astanga Yoga (not to be confused with the currently popular dynamic hatha yoga style), which consists of eight (astha) progressive stages or 'limbs' (anga) of yoga, leading to meditation and the state of absorption in pure divine awareness, known as Samadhi (or Nirvana).

The core practice of Raja Yoga is meditation and all the other limbs are stages of purification and preparation to enable the body to be at ease sitting still for prolonged periods, maximise vitality and to tame and train the mind.

1 & 2 are basic codes of conduct of daily life (very similar to the Ten Commandments!) and include truthfulness, non-violence, non-stealing, sexual continence, non-covetousness, cleanliness, contentment, self development, spiritual study and surrender to divine will.

In the second sutra Patanjali states his definition of yoga: "Yogas chitta vritti nirodha", translated as, "Yoga is stilling the fluctuations of the mind".
All the eight limbs are practical methods to help still the mind and cultivate awareness of the still, silent, limitless Awareness – 'The Peace That Passeth All Understanding.'

JNANA YOGA  literally means 'knowledge'. It is not, however intellectual reasoning, but a process of direct insight, through contemplative enquiry, into the nature of being, which leads to Self realisation, spiritual Awakening or Enlightenment.

One of the currently most well known approaches in the west is Advaita / Non-duality. 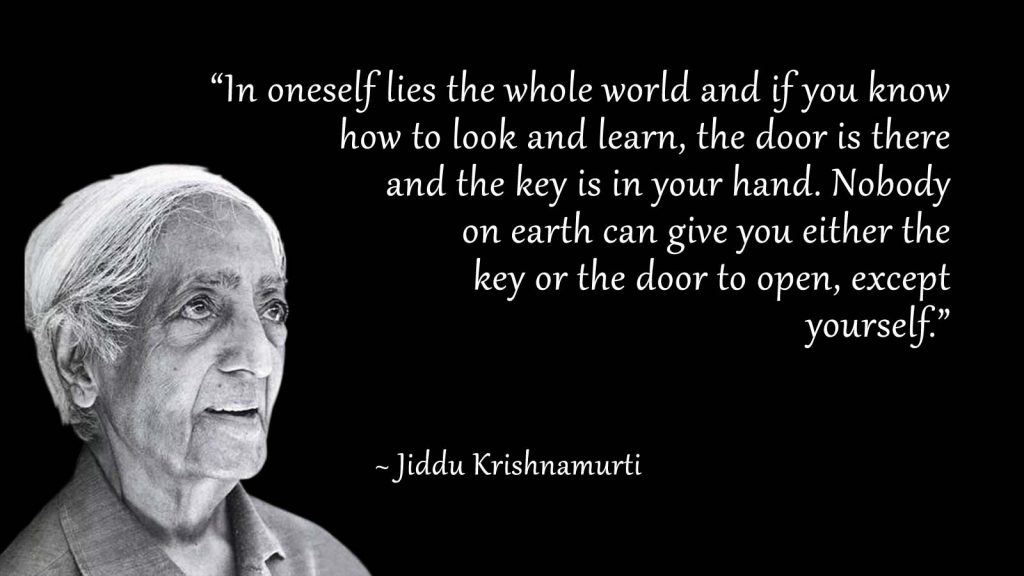 KARMA YOGA  is the path of service through action and work. One looses a sense of personal [ego] identity in whole hearted devotion to others, only selfless service, love and compassion remain. This state is very difficult to achieve. Generally some desire for reward, recognition, incentives or end-gain follows the work and one is attached to this outcome, but this is not Karma Yoga. The ultimate aim of Karma Yoga is complete non-attachment to the work and becoming a perfect instrument of the higher consciousness.   The Bhagvad Gita says: "The world is confined in its own activity, except when actions are performed as worship of God. Therefore one must perform every action sacramentally and be free of your attachments to the results." 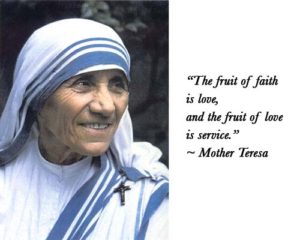 Mother Teresa is often cited as a modern example of a true karma yogi.

BHAKTI YOGA means love and devotion to the Divine. The devotee looses the personal ego identity, which is the root of the sense of separateness and becomes one with the object of faith, this is the state of Realisation of the one true, universal Self, which encompasses all beings and all of creation.

RETURN TO THE TOP