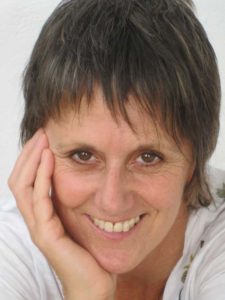 Anna has been teaching yoga and practicing as a bodywork therapist since 1982 and currently lives and works in London, UK. She has done extensive training in western and oriental bodywork; osteopathy, massage, shiatsu and Chinese medicine and in many styles of yoga including Iyengar, Sivananda, Astanga Vinyasa, Scaravelli and Shadow Yoga. She also has a great deal of experience of a number of other yoga methods, as well as mindfulness, meditation, non-duality, hypnosis and cognitive hypnotherapy.

"Having suffered several periods of almost suicidal depression and hopelessness from my early twenties, I am extremely grateful for the discovery of yoga. Also to have had the opportunity to meet and study with some of the great yoga teachers of the previous generation, such as BKS Iyengar, K Pattabi Jois and advaita masters; Jean Klein, J. Krishnamurthi and briefly Ramesh Balsekar. All have been instrumental in helping me learn to acknowledge and accept my own demons and even enable me to chuckle at them!"

Anna studied several forms of bodywork, including massage, polarity therapy, pulsing and reflexology, and most notably, shiatsu and osteopathy. She taught shiatsu, oriental medicine, anatomy, physiology and pathology for the European Shiatsu School for 12 years, while also training as an osteopath and practised osteopathy for 11 years.

"In the 1990s I was immobilised by a serious back injury. This  led me to explore how to modify yoga techniques with my knowledge of osteopathy and shiatsu and devise a self-healing practice. It also became valuable learning to use with clients and eventually led me into yoga therapy."

"After taking some short courses in self-hypnosis I became fascinated with the mind, how we use [and misuse] it and the parallels between yoga psychology and hypnotherapy. I really do believe the only thing that limits us is our own mind" 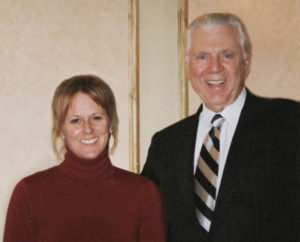 She completed an advanced Clinical Hypnotherapy training with the late Gill Boyne, followed by a Cognitive Hypnotherapy and NLP Diploma with the Quest Institute in 2009. She has since returned to Quest for their Master Practitioner training.

Over the years Anna's work has gradually evolved into a style of yoga therapy, which combines the various strands of her training and experience. She still continues to study and train in India, the USA and UK and has lately completed further training in Trauma sensitive yoga.

"I now view myself more as a guide, teaching people tools to help them find, for themselves, more ease, joy and meaning in life – which is far more successful, fascinating and rewarding than trying to 'fix' them ever was."

She was one of the founders of the Yoga Campus yoga therapy diploma course, served as a board member and clinic supervisor for 7 years and continues to teach on the course and supervise case studies.

Anna is certified by the International Association of Yoga Therapists (IAYT), is a member of the National Council for Hypnotherapy (NCH) and of Quest Cognitive Hypnotherapy Practitioners Association (QCHPA).

As part of her continuing studies, in 2020 Anna completed a Master Practitioner Certificate with the Quest Institute and a Past Life Regression training with Stephen Burgess.